Why Mobile App Communication is More Effective than Email

A majority of associations continue to seek out new ways to step their email game up. The strategy consistently seems to center around sending out more and more emails. Is this really the answer to the age-old question - “How can we increase membership engagement?” Are more emails what people really want?

Marketing Land writes, “According to Yes Lifecycle Marketing, email volume was up 18 percent year over year in 2017, but the number of people signing up for email subscriptions steadily declined throughout the year.” They also include, “In addition to the share of new subscribers growing smaller throughout the duration of 2017, 20 percent of brands’ mailable audiences (anybody that has opted-in to receive emails) hadn’t opened an email in more than a year — representing a 22.5 percent year-over-year jump in inactive subscribers.”

It’s an interesting concept to spend time, resources and energy on a strategy that’s old, disliked by most consumers, and quickly becoming outdated. Wouldn’t these efforts be much better served by investing them into new and widely preferred technology? The technology we’re hinting at is a native mobile app.

Push notifications deployed from apps trump emails when it comes to both open and click rates. They’re delivered right to the front screen of a user’s phone vs. to an inbox that requires one to remember to check periodically. It’s a matter of instant vs. delayed content and information distribution. With an app, articles and discussions are read, events are registered for, and messages are sent between users right away.

Show your members your organization is willing to modernize in order to gain their long-term loyalty. Keep up with better technologies available vs. continuing to try and make old ones work again. Your members will thank you when their inboxes become lighter and they have an app where they’re able to gain 24/7, year-round access to the association they’re investing in. 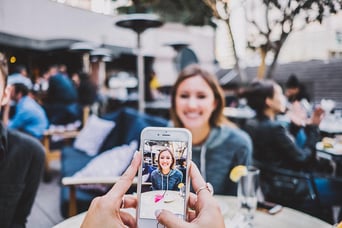 A Millennial’s Nightmare: There’s NOT an App for That 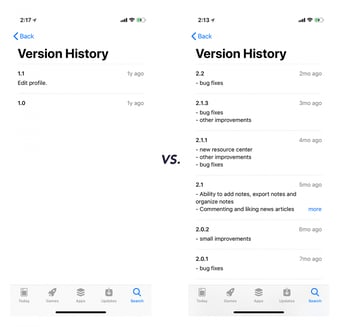 The Importance of Ongoing App Updates