The File Formats That Work Best for Mobile Apps

It’s important to understand not every file type used on desktop is supported on mobile through iOS and Android. Proper mobile file formats should have the ability to open on iOS and Android devices either natively or using common apps.

The following formats should be avoided on mobile:

Flash - Flash will not play on any iOS device natively and Flash support was discontinued with Android 4.1. There are some Flash files that may play through particular browsers that can convert a Flash file to another video standard, but this is not the case with all Flash files.

Java - No iOS device supports Java. Android support is limited and varies depending on the Android version.

RTF - While this format is viewable on iOS devices, editing these kind of files is not. Android apps that open RTFs may not be able to open each of them correctly. They can not edit as well.

CSV - Although CSV is considered to be a universal spreadsheet format, not all mobile spreadsheet apps support it. Those that do tend to have issues with specific files.

We recommend the following formats in order to maintain optimal mobile compatibility:

MS Office - Both older (.doc, .xls, and .ppt) and newer (.docx, .xlsx, and .pptx) files are compatible. Word, Excel, and PowerPoint formats work well within iOS and Android devices. Only a subset of Excel functions are supported by any mobile spreadsheet app but most of its more commonly used functions should work fine. As for PowerPoint, when moving files between desktop and mobile, you may see changes in fonts, formatting, transitions and animations, however they are still openable and readable.

PDF - PDFs are perfect for showcasing files that do not need to be edited.

EPUB - This is the standard format for most ebooks (other than Kindle). It will adapt to any screen size. Some word processors, such as Pages, can export directly to EPUB, while free programs like Calibre and Sigil can instead convert documents to EPUB.

Graphics - GIF, JPEG (JPG), and PNG are universal standards. Avoid using TIFF as Android does not provide native support. SVG is not well supported either.

Audio - The most common are MP3, MP4 (also called M4A) and WAV. We recommend MP3 and MP4 files as they are smaller, more compressed files that take up less storage and download faster.

Video - We recommend using MP4 video (or M4V) for compatibility with both iOS and Android. 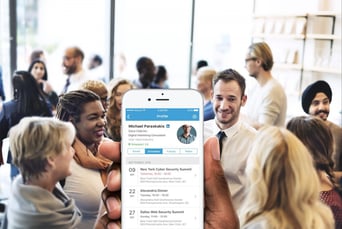 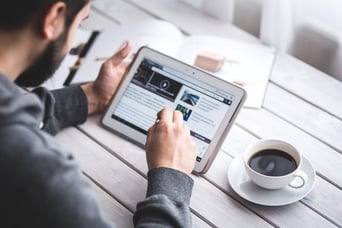