There’s a lot more to app development than what meets the eye. This results in a lot of misconceptions and assumptions. Without getting too technical, here’s a quick breakdown of what the process is really like:

First step is to decide between building a native or web app. If an app’s software is designed specifically for mobile platforms, it's native. Web apps are essentially websites just formatted for mobile and lack in performance and user experience.

Next is to determine whether or not the app will be built for both iOS and Android. Most people are unaware that when an app is available for both operating systems, it’s actually two completely separate apps vs. just one. That means double the workload. Any new updates added to an app on iOS and Android will then require two separate sets of new development, and it’s not just copy and paste.

Then comes the feature and integration planning and all the little nuances that come along with each. Within every element is puzzle pieces of intricate code configured to bring functionality to life. Integration requires external systems to be able to communicate with the app. This entails a lot of pulling and plugging in of outside information such as a software’s API in order to sync technologies.

After an app is finally built, it then enters the testing phase. It’s very important proper QA is performed on each app before launch. This detailed process minimizes mistakes found by users once an app is available for download. Every feature and functionality on both iOS and Android has to be walked through. Testers can do this through platforms such as Apple’s Testflight which allows for installation of apps onto a tester’s phone without it being uploaded for the public to access.

Once QA has been completed and issues caught have been fixed, it’s time to submit to the App Store or Google Play Store. The approval process typically takes anywhere from 1-3 days. Each store inspects the app to ensure it meets their guidelines. If rejections occur, developers will have to make additional edits and reupload in order to proceed with their launch.

When the app officially gets its stamp of approval, it will appear in the app stores for anyone to find and download. The end, right? Not so much…

Then comes the updates. If you want your app to succeed for the long haul, these are continually necessary. Technology is forever evolving and it’s important your app keeps up with current mobile standards and what your users want to see. Technology is also never 100% perfect, so there will most likely be bugs that eventually appear that will need fixing. A developer’s job is never complete.

The top takeaways from this very simplified overview are:

1) Availability on iOS and Android really does call for two separate apps, each with their own unique development outlines and schedules.

2) There’s a lot of planning and configuring that goes into every implemented feature. It’s not as simple as drag and drop.

3) Launch is never the endpoint. Development is a continuous, year-round cycle.

And now you're an app development expert. 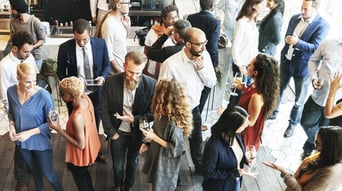 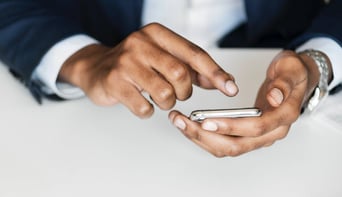