Better Mobile Technology is Worth the Cost

When you’re in your search for new technology solutions, some companies may claim to do everything desired for half the cost of better trusted solutions. But when you cut corners to shave down costs, you’ll always end up paying for that in the long run. While technology does not have to be outrageously expensive to be good, it is worth an investment in order to avoid wasted time and resources. The technology you put out to your community directly reflects your organization. You should aim to deliver the best experience.

When weighing your options when it comes to mobile technology, be sure to consider the following:

Those who’ve built their offerings around web-based apps like to point out that their product costs a lot less than competing native apps. Native apps are made specifically for the device they’ll be used on, so they involve two versions—iOS and Android. Web apps are instead a one-size-fits-all. Native apps have a higher cost because they’re much more intuitive and effective as their strengths lay in providing familiar navigation and designs that include easily identifiable actions. These aspects play a significant role in increasing usage and ongoing engagement. Additionally, native apps can utilize device features such as the camera, Bluetooth, GPS, face ID, etc. Web apps do not offer the same level of functionality. They have a design of their own outside of what’s expected from iOS and Android apps, which can result in confusion and disinterest.

You can bet that all the big apps – social ones like Facebook and LinkedIn, lifestyle ones like Pinterest and Airbnb, utility ones like Uber and Venmo, and professional ones like Dropbox and Microsoft Teams – are native apps that deliver an optimal user experience. A web app has never made it to the top 100 charts in either app stores. These guys set the bar for all apps and represent the kind of quality your members will anticipate.

You Get What You Pay For

An app should be an exciting membership benefit that increases overall satisfaction and engagement within your community. Launching a sub-par product is disappointing to your members and you risk missing the opportunity to create an active and vibrant mobile hub. Outcomes you’ll tend to see from web apps include:

Are you willing to devote time and resources towards an app that in the end won’t meet your members’ needs or be adopted by them? When you invest in good technology, you gain the long-lasting ROI you’re after and avoid throwing away energy and money towards a product that will not hold up to demands.

A year-round native app is the ultimate modern member engagement solution. You can of course go the route of a single-use event app as many organizations have in the past and spend less. But keep in mind that with an event app, users really only engage with it for about a week or less, then delete the app once the event has ended. Members not attending will determine they have no use for it and will not download, blocking content from reaching beyond just the event.

So, if you’d like your technology budget to go much further and garner greater results, it is vital to spend wisely. Investing in short-term or lackluster technology to save on cost will create future roadblocks and missed opportunities for better connecting and keeping members. Deliver the value they deserve. 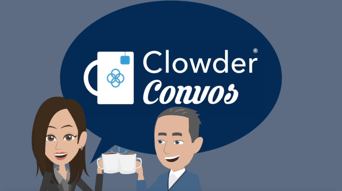 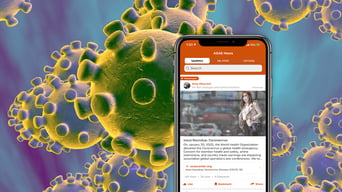 How Clowder Apps are Keeping Users Updated on the Coronavirus